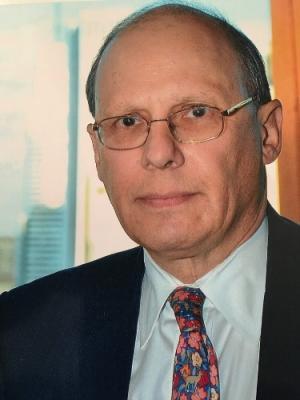 Kenneth Abramowitz lectures worldwide on the issues of democracy.

As a threat analyst, Abramowitz has used his experience in geopolitics and economics to describe threats both present day and over the horizon. His critically-acclaimed book The Multifront War: Defending America From Political Islam, China, Russia, Pandemics, and Racial Strife (Dialog Press, 2020), was praised by leading security figures including Dennis Praeger, who said, “Ken Abramowitz shows in this important book that America is not only fighting multiple enemies, but many Americans are unaware of it. If we don't heed the warnings, we may lose America. Civilizations survive only when they know what they stand for and fight for it.” Upon release, the book quickly shot to the top of Amazon’s top sellers list for books in its US Government category. The Multifront War currently sells in multiple editions in scores of countries

As managing general partner and co-founder of NGN Capital, Abramowitz oversees a half-billion worldwide healthcare venture capital fund. He joined NGN from the Carlyle Group in New York where he was Managing Director from 2001–2003, focused on US buyout opportunities in the healthcare industry. For his work with NGN and Carlyle, he has been installed in the Wall Street Analyst Hall of Fame with a rank of 15 out of 15,000 analysts.

America is fighting a major international war, says the author. Yet, the country does not really know it. Moreover, the war is being waged on a multitude of distinct fronts—both internal and external. The United States is wholly unprepared to fight a unified battle.
Buy Now - Amazon